skip to main | skip to sidebar

Show-reel for my internship:


As my education on The Animation Workshop is coming to an end with the completion of our bachelor film The candle I will start looking for an internship for autumn 2013.

Front page for my Book

This is the first picture from my upcomming children's book that I have revealed.

it is a finished draught for the front cover of the book.
click on it for more details: 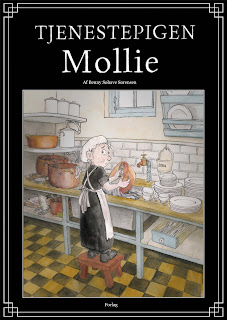 The Danish title Tjenestepigen Mollie translates to Servant girl Mollie
To all those of you who I have not already given an oral synopsis:


The story takes place in 1910 at a rich factory owners mansion. It is about a poor girl named Mollie who works as a scullery maid in the kitchen, scullery and servants hall on the Below stairs area of the mansion. Despite the fact that she is only a child, her workday is long and exhausting, yet still Mollie is confronted with glimpse of happiness and excitement as well as sorrow and hardship.


The story of Mollie, unlike most other children's books, takes a step out of the sugar sweet escapism and into the more grubby and realistic world of 100 years ago where it deals with issues like Child labour, technology, snobbishness and the gap between rich and poor as seen from little Mollies perspective. Still not without the spice of some humour and glimpse of optimism along the way.


I hope to get it out in English as well. Best in as many languages as possible.
Posted by Benny Soehave at 11:30 PM No comments:

This is actually an old one made almost a year ago. I am putting it up now because I could not understand why i did not put it up back then. anyways enjoy:

Posted by Benny Soehave at 6:58 PM No comments:

Okay this is some of my first character exercises in 3d computer animation.

we were supposed to make a character bow.

Posted by Benny Soehave at 4:55 PM No comments:

It was a free asignment so I choosed to use my poor little Urchin from one of my earlier sketches, which you can see in an earlier post.

Posted by Benny Soehave at 2:56 PM No comments:

Random stuff from my Sketchbook. 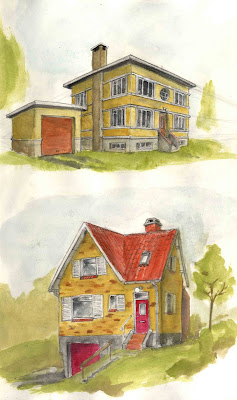 Here is another random sketchbook submission 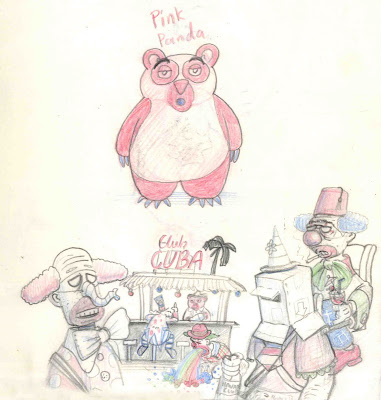 Club Cuba, where the clowns go to chill after a long hard days work.

I drew the pink panda on the page because some of the students (including myself) as well as our teacher accidently mispronopunced the Pink Panther as the Pink Panda. I dont know if that ever happens to people with English as their native toung or that it is just a product of our Danish accent.
Posted by Benny Soehave at 12:38 AM No comments:

Benny Soehave
Hi I am a young guy in the 20’ies studying to become an animator at The Animation Workshop in Viborg, Denmark. I hope you will enjoy reading my blogs.